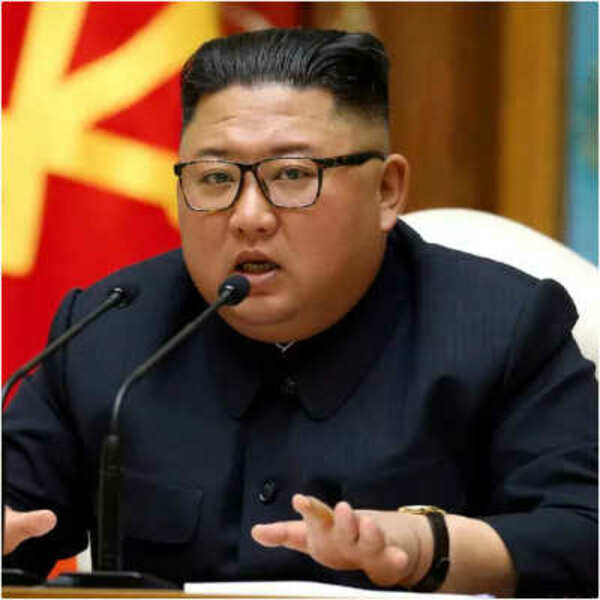 The little that is known about Kim Jong Un, who was born in 1983, comes from North Korean propaganda.

He is the youngest son of Kim Jong Il and his consort Ko Yong Hui. His older brother Kim Jong Nam died in 2017 at the Kuala Lumpur airport. The elder Kim had chosen his youngest child as his successor over his elder son.

Until 2010, the North Korean leader kept a low profile on the international stage. In 2011 he disappeared from public view for six weeks, with reports that he had gout and needed surgery to remove a cyst from his ankle. His absence provided an opportunity for Jang Song Thaek — married to a sister of Kim Jong Un — to announce major economic reforms and call for economic growth in the country. Jang was executed by firing squad in 2013 after a power struggle with other members of the elite.

In 2012 Kim Jong Un visited China and met President Xi Jinping for discussions on improving relations between Beijing and Pyongyang. At this time he was also made commander-in-chief of the military, putting him on par with his father before him as well as other top generals, including current defense chief Hyon Yong Chol.

Ever since he took power in 2011, Kim Jong Un has been the leader of North Korea. He is also known as Supreme Leader Kim Jong-un or Chairman of the Worker’s Party of Korea.

What makes him so interesting is that his life before becoming the supreme leader is not well known to outsiders, and it's difficult for anyone to know what goes on inside North Korea because it's one of the most isolated countries in the world. What we do know about him comes from a few interviews with people who have met him and his grandfather, Kim Il Sung, and from state TV footage which often portrays an image of efficiency rather than reality.